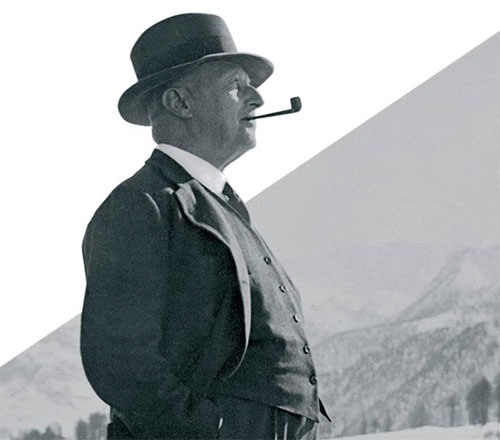 Our origins trace back to the end of the 19th century, when Giovanni Agnelli founded Fabbrica Italiana Automobili Torino, or FIAT. He led the company over the decades by innovating, expanding internationally and investing in new industries. In 1923 he acquired the football club Juventus, founded a few years earlier in Turin. It marked the beginning of the longest uninterrupted ownership of a sports franchise in the world. In recognition of his achievements, Giovanni Agnelli was awarded the highest honour of the Italian parliament, becoming Il Senatore.

In 1927, he established Istituto Finanziario Industriale, or IFI, a holding company that brought together his shareholdings in Fiat and other sectors including food (Cinzano), consumer goods (Società Anonima Manifattura Pellami e Calzature), financial services (Sava), airlines (Società Aviolinee Italiane), industrials (RIV, Vetrocoke, Società Idroelettrica Piemontese-SIP) and real estate (Sestriere). At around this time, he also acquired La Stampa, one of the most prestigious Italian daily newspapers.

Industrial development and acquisitions went hand in hand in the years that followed. Fiat was not only launching successful cars, including the famous Topolino, it also made heavy engines for the navy and built a variety of planes, trains, tractors and lorries (a strategy called “Earth, Sea and Sky”). IFI, meanwhile, acquired companies in the food and cement sectors.

The rapid expansion was interrupted by the war, but post-war reconstruction began a new cycle of investments and development. Istituto Commerciale Laniero Italiano (later renamed IFIL) was acquired and IFINT (IFI International) was established in 1964 to bring together the group’s international investments. In 1969, an agreement with the race-car entrepreneur Enzo Ferrari heralded the beginning of a partnership between the two families that saw the famous “Prancing Horse” become one of the most admired brands in the world.

The group companies flourished. In the 1990s, more world-famous names were added to the portfolio, including Chateaux Margaux, Club Méditerranée, and the iconic Rockefeller Center in New York City. By the end of the century, IFINT acquired Exor Group and extended its reach globally with investments in Asia.

The new millennium, however, began with a business crisis at Fiat. The Agnelli family responded by changing the leadership and injecting new capital, which set the stage for the company’s turnaround and a merger with Chrysler to create FCA.

At the same time, work began to simplify the group structure and shape its current profile: Exor became the sole holding company for all the group’s companies, completed the acquisition of PartnerRe (one of the world’s leading reinsurance firms, the company was sold in 2022), and acquired a substantial shareholding in The Economist (among the world’s most-respected media companies).

At the beginning of 2021 Exor became the single largest shareholder in Stellantis, following the 50:50 merger of FCA with Groupe PSA. This bold combination created a company capable of playing a leading role in shaping the new era of mobility.

In 2022, following the purchase of a 45% shareholding in Lifenet, an Italian company active in the management of hospitals and outpatient clinics, Exor acquired 10 percent of Institut Mérieux, the privately held global healthcare holding of the Mérieux family.

A century on from the founding of Fiat, Il Senatore’s entrepreneurial spirit and financial discipline are as alive as ever. It drove us to build great companies. And it continues to guide us in everything that we do.

Read more
Over a century of building companies 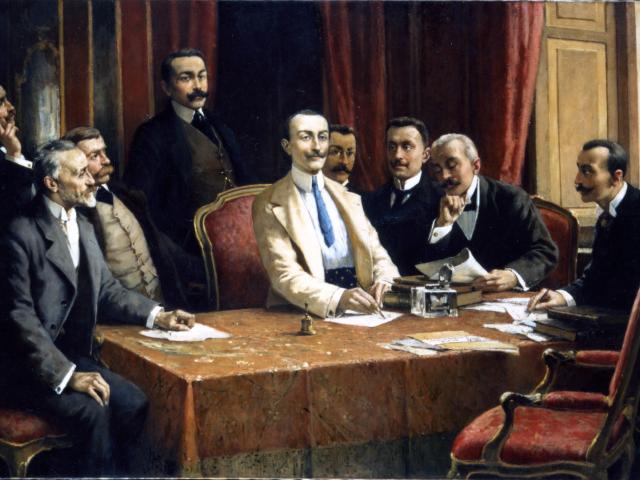 Just a year after its founding Fiat has a workforce of 150 people located in the factory in Corso Dante, Turin. In 1916 (see picture) Fiat counts 9410 employees. 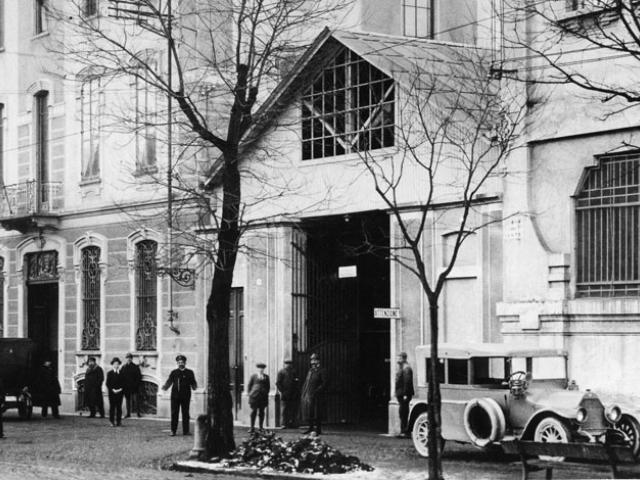 Fiat produces its first small car: the “Zero” Model, which enables the company to achieve a significant increases in production through the rationalization of labor. 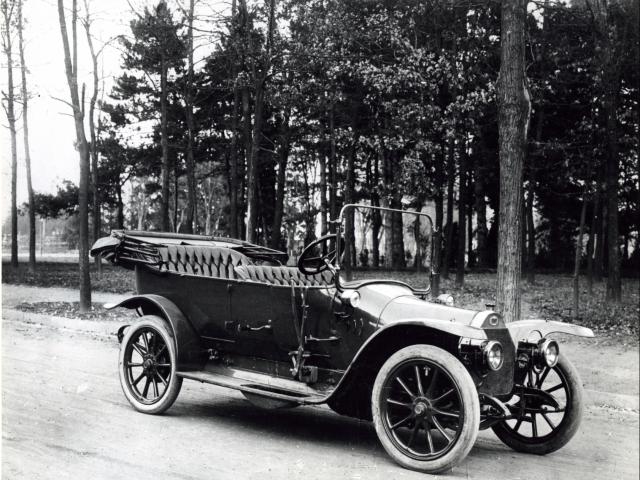 Fiat increases the production of agriculture equipment, giving a key contribution to the development of mechanized farming in Italy. 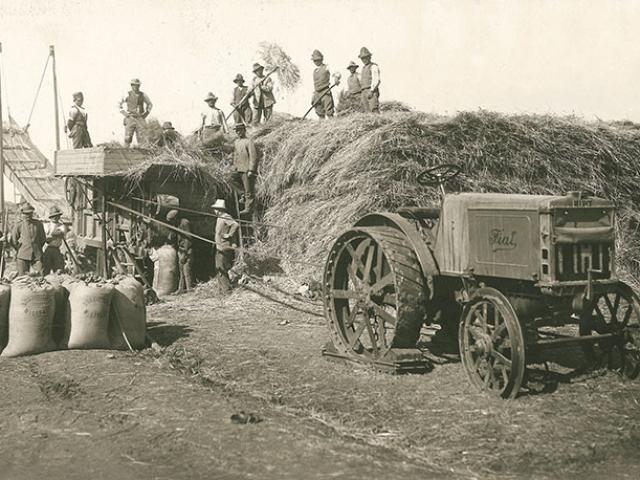 On July 24 the Agnelli family joins the Juventus Football Club. It’s the start of the family’s ties with the club which are still in place today: this represents the longest lasting ownership of any sports franchise, globally. 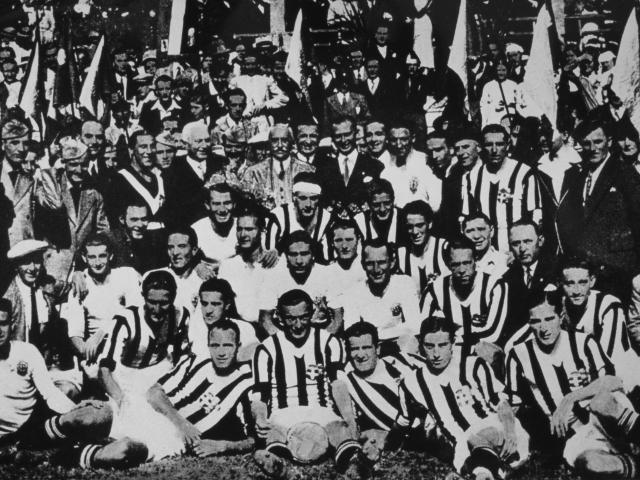 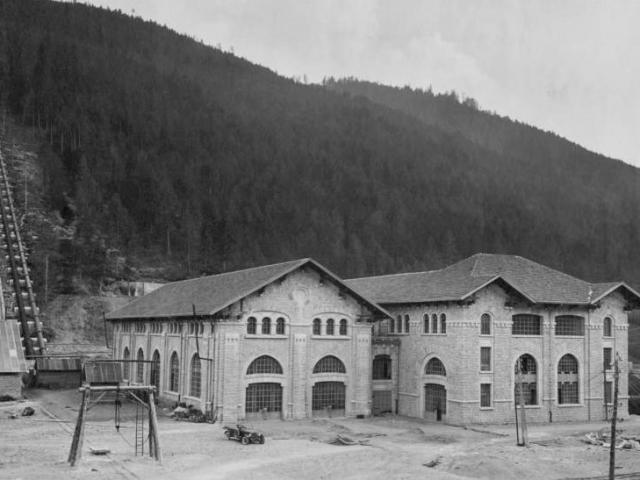 IFI raises its stake in Cinzano and buys its subsidiaries in Italy and in other countries. Also, the Compagnia Generale Italiana della Grande Pesca (Genepesca) is formed and the activities of SAVA are developed to finance the purchase of motor cars. 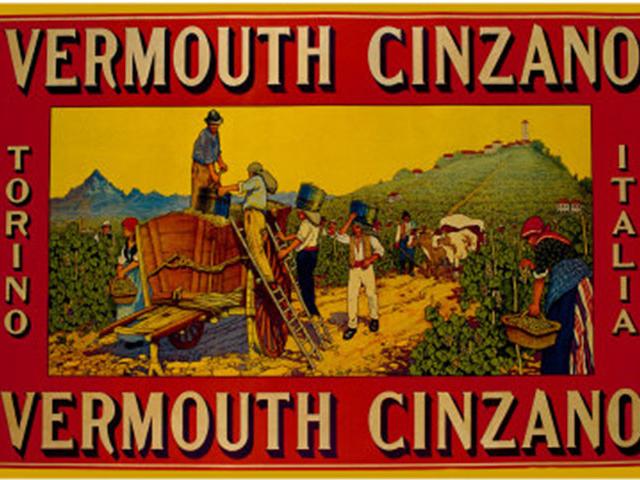 IFI invests in the agricultural sector purchasing the Veneria rice production estate in Vercelli and an interest in Società Anonima Le Gallare, a farming company located in Ferrara. 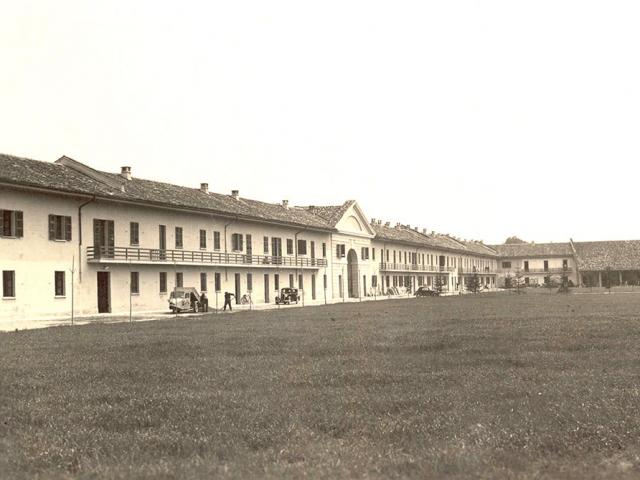 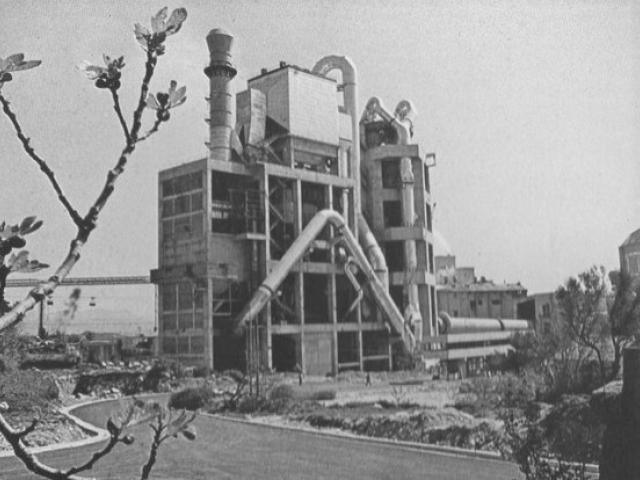 IFI directs its investments towards post-war reconstruction: the motor vehicle production and mechanical engineering plants are repaired and the Manifattura Pellami plants are rebuilt. Vetrocoke resumes production of glass, coke and fertilizers. 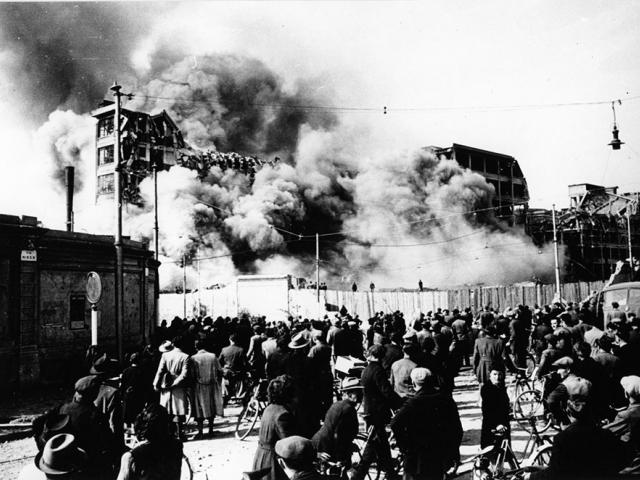 The Fiat 600 revolution: this small car, presented at the Geneva Auto Show, marks the beginning of the mass motorization of Italy, one of the main engines of the so-called “economic miracle”. 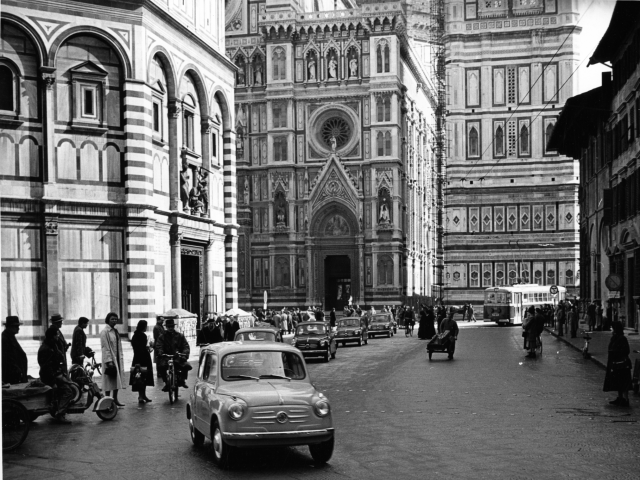 At the end of the ’60s, building on a long-standing working relationship, Ferrari enters the Fiat galaxy, while still maintaining its autonomy. 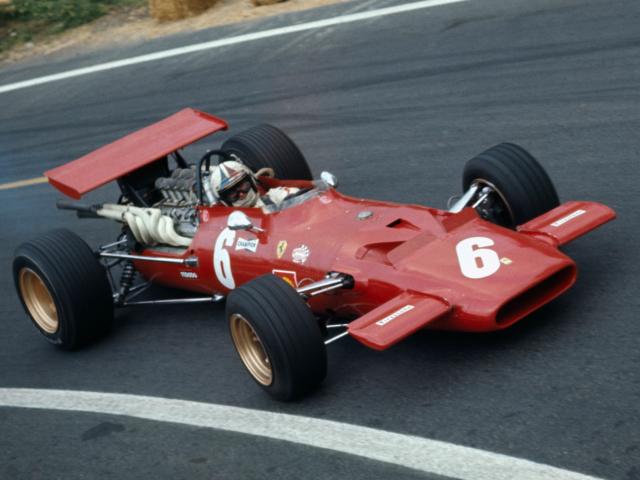 IFINT is listed on the Luxembourg Stock Exchange and opens branches in the U.S.A., France and Switzerland. In the following years, it acquires investments in the U.S.A., including Southland Financial and Blackwell Land, Moog Automotive, a company manufacturing car components and spare parts, and Bantam Books (pictured). 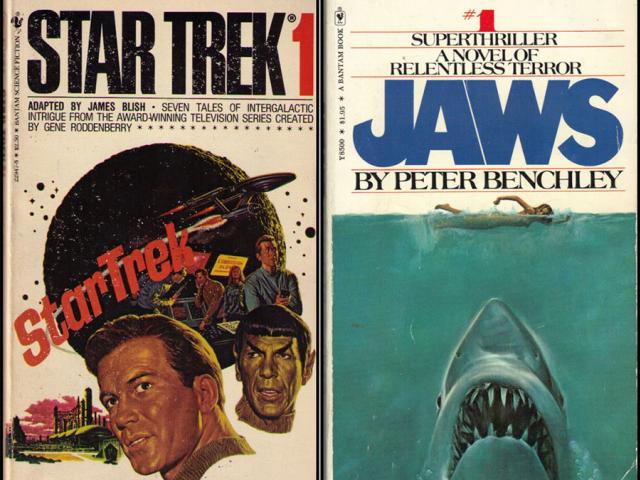 IFIL acquires a controlling interest in Toro Assicurazioni, one of the largest insurance companies in Italy, and buys the department store chain La Rinascente. 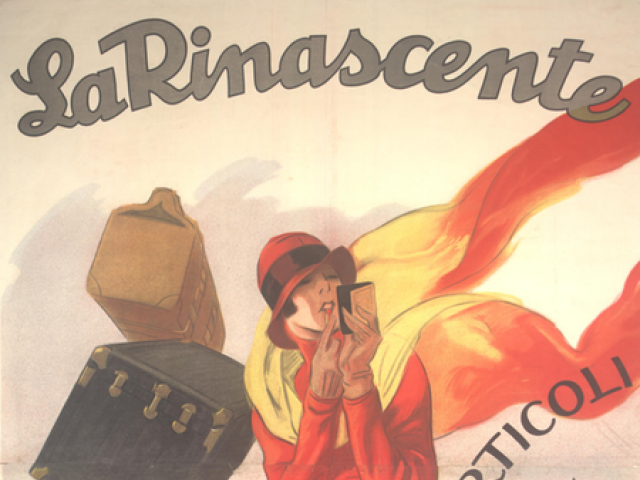 IFIL forms an alliance with the French group BSN (later Danone) purchasing an interest of 5.4%. A number of investments in the food industry then follow, including those in Gruppo Sangemini, Birra Peroni, Star and Saint Louis. 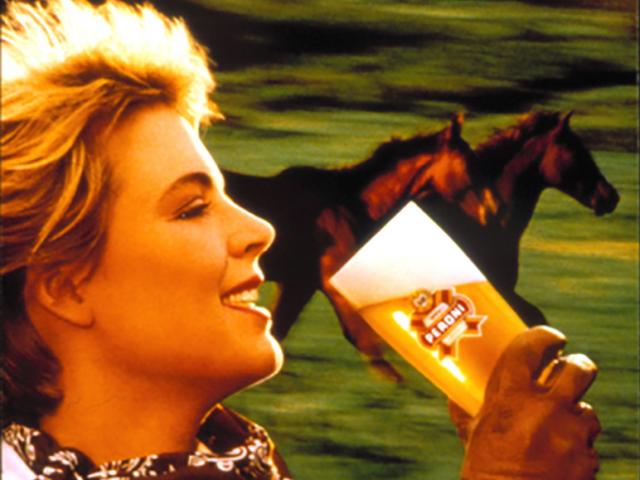 IFINT acquires an interest in and later launches a public offer for the French company Exor S.A.; this concludes successfully resulting in IFINT owning the company Chateaux Margaux and a number of real estate properties in the center of Paris (SFL). 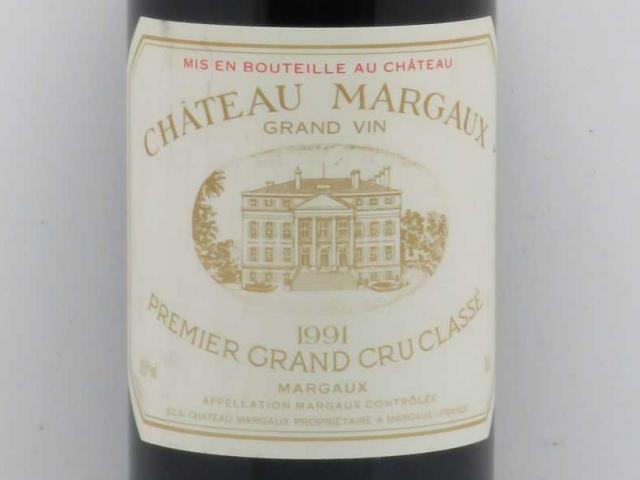 Exor increases its participation in Club Méditerranée – which dates back to 1974 – and becomes its largest shareholder, supporting the relaunch the famous all-inclusive holiday resorts French company. 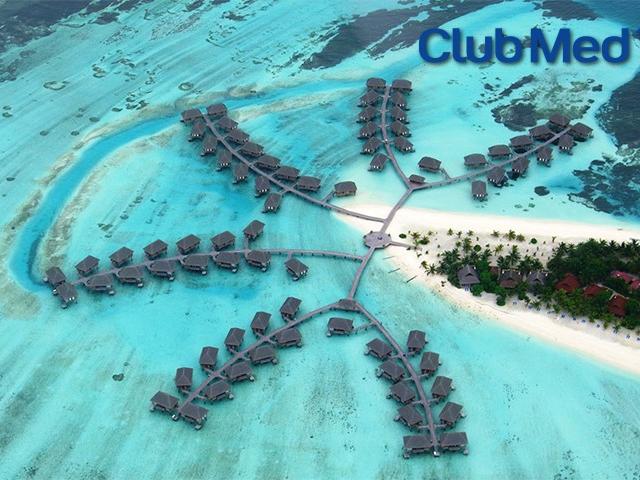 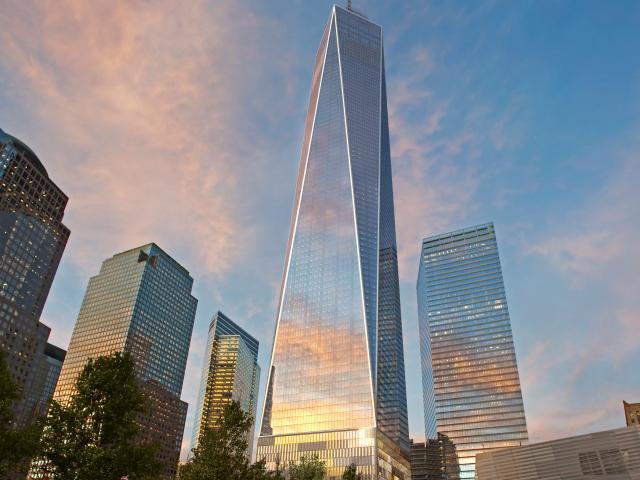 In October Fiat and Chrysler merge to create Fiat Chrysler Automobiles: its shares are traded both on Milan and New York Stock Exchanges 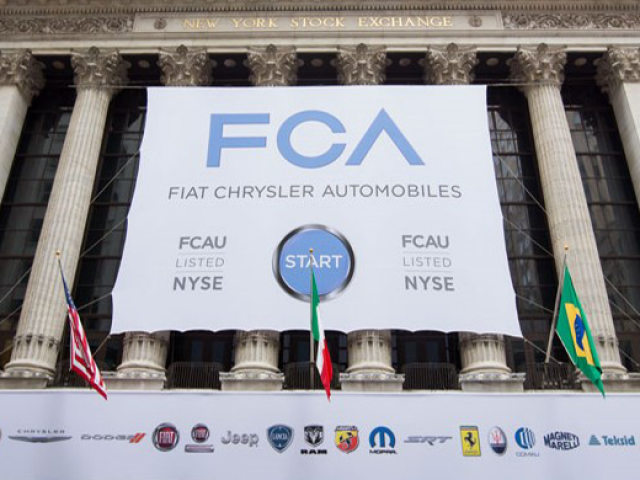 By acquiring Pearson Group’s participation in the Economist Group, Exor becomes the largest shareholder of the UK-based “newspaper” founded by James Wilson in 1843. 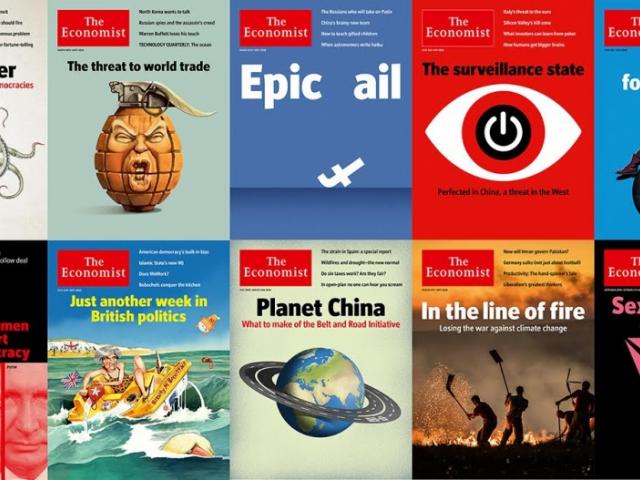 Exor completes its largest ever investment to acquire the reinsurance company PartnerRe. 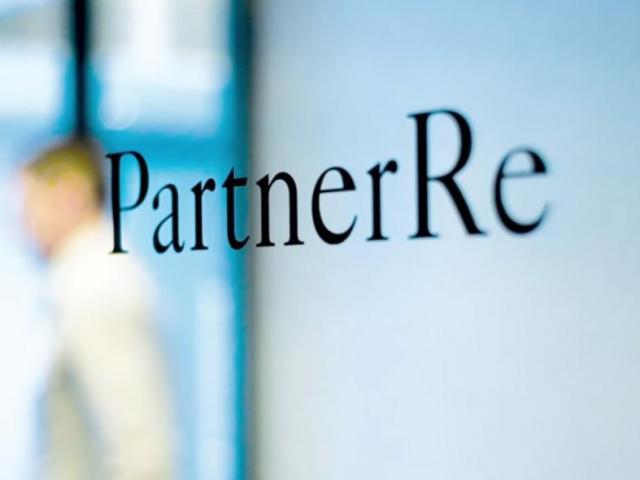